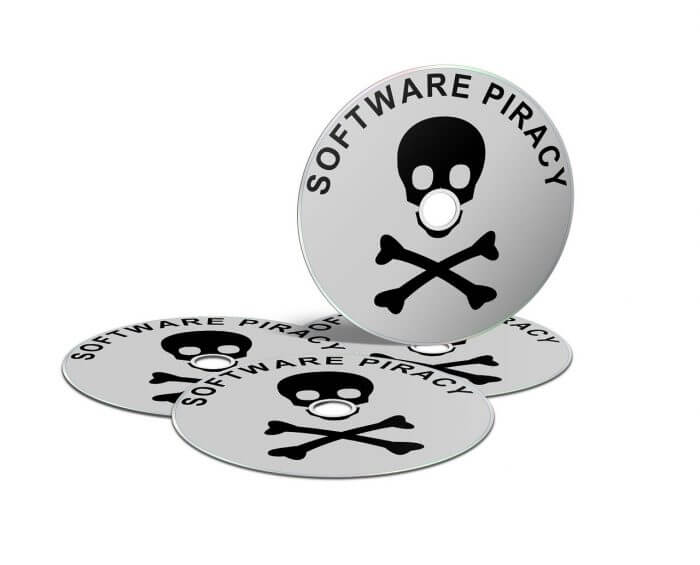 These companies used pirated software and lost millions of dollars

Canada once lagged behind global efforts to reduce software piracy. The CBC reported that the piracy rate for commercial software in Canada was 39% in 2003. Compare that to 23% in the United States, one of the lowest in the world.

Since then studies by the Canadian Alliance Against Software Theft (CAAST) and The Software Alliance (BSA) showed a steady decline in software piracy till, today, that figure has fallen below the worldwide average.

Canada’s Copyright Act and system of copyright infringement notices have done a lot to reduce not only illegal movie and song downloads, but cracked software too. Nevertheless, software piracy remains one of the biggest technological challenges facing small business.

What is cracked software?

‘Cracking’ is the illegal modification of software which disables anti-theft and anti-copying features. This can mean bypassing serial key requirements, turning off server checks and more.

The lure of ‘free’ software for small and mid-size businesses

For a business with a small revenue stream pirated software has great attraction. The business can gain access to the best tools for free! What are the most pirated software programs on the internet today? In no particular order:

What does ‘freemium’ mean? Is it different from pirated software?

‘Freemium’ refers to software that is free to try and use legally (within time limits or with limited features). Users have to pay to unlock all features of the software.

Pirated software appears to be ‘free’, but it is actually commercial software that has been stolen and is being used illegally.

Big fines for businesses that have been caught using pirated software

*names of businesses have been omitted deliberately

Anti-piracy enforcement efforts across British Columbia, Alberta, Ontario and Quebec saw 12 Canadian companies fined $431,336 for using cracked software and pirated software on their computers. What was common for all of them? All were successful small businesses on way to transitioning to mid-size organizations.

Two e-commerce businesses, based in New Brunswick and Calgary, were sued for software piracy by Microsoft. Simple searches for both businesses show that they have shut up shop since.

The Canadian Alliance Against Software Theft, caught a Toronto-based construction firm using unlicensed software. The firm was fined $73,300 – which it agreed to pay in settlement.

Sportswear giant, Nike, was accused of using pirated keys to use software without a license. The company, implicitly, accepted that its employees had indulged in software piracy. It takes a large multinational brand like Nike to weather this type of negative publicity, and not risk the integrity of the company itself.

What is The Software Alliance?

Formerly known as the Business Software Alliance, The Software Alliance (BSA) is a joint effort of some of the world’s largest technology companies to combat piracy. Members include popular names such as Adobe, Apple, DocuSign, IBM, Micorosft, Oracle, Salesforce and many more.

The Canadian Alliance against Software Theft (CAAST) works with the BSA to further its efforts.

What is the difference between pirated and counterfeit software?

Pirated and counterfeit are used very interchangeably when talking about unlicensed software. In an ordinary use of language there is very little difference between them. Whether the software is an illegal copy of a legitimate program or whether a legitimate program is being used without the proper licence the result is the same – it is illegal and in violation of software piracy laws.

In the case of software, ‘counterfeiting’ is in the distribution – such as CDs, illegal file downloads from pirated software sites. ‘Piracy’ is the act of reproducing illegal copies of software, music, movies, books and other copyrighted work. Again, in lay terms, there is no real distinction.

‘Phone home’ technologies are built into most commercial software today. Even if server verification has been disabled, beacons in the software will alert the software developer that unlicensed or illegally modified software is being used.

What is the penalty for using pirated software?

When businesses get caught using counterfeit or pirated software, there is a huge monetary fine and great reputational damage.

Regular software and security audits are essential for keeping your business secure. Do you know if your employees have installed pirated or unlicensed software on your computers? Speak to an IT consultant at Technical Action Group and find out how we help our clients implement cost-effective and licensed software solutions.